A demand and need for new technologies 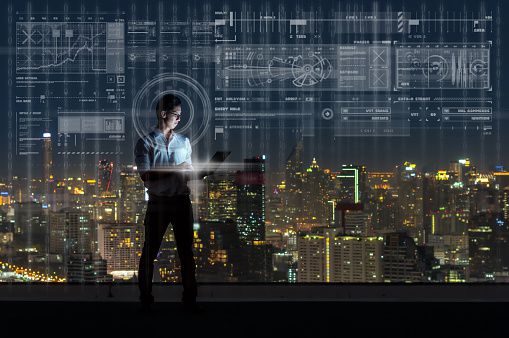 When I started as an undergraduate student in 2001, email communication was still a relatively new thing.  Many lecturers still used the old style overhead projectors to provide their lecture outline, and only the bravest ones dared to use PowerPoint for their lectures.   I even remember one of my professors lamenting the fact that he had been criticised by the dean of the college for not checking his email – something he had neglected for some time, since his inbox had become full, and thus unreachable.  He had missed some meetings (since notifications had been sent by email) and some students had complained that he was uncontactable.  He told me that he preferred using pen and paper, with notes being passed from college to college by the so-called ‘pigeon post’.  To me, this was understandable, since he still wrote his books by hand!  Yet I could never imagine doing my job without a computer.  While I believe that I am more technologically savvy than some of my former, and more senior tutors, the speed with which technology is advancing often means that we find it difficult to keep up with the latest developments.  Nevertheless, the nature of higher education today means that we must embrace rather than reject new technologies if we hope to progress.  Below are some observations about the potential for future use and growth of technology in our profession.

The need to embrace new technology

The nature of education and teaching is changing.  As universities look to increase their revenue streams through the diversification of courses, a greater dependence is now placed on technology in order to facilitate this.  For example, with the introduction of distance learning courses, universities now require online platforms to ensure delivery of courses in a virtual environment.  This allows students to discuss with each other online – a form of online seminar group, in addition to sharing course resources.   These courses, designed for students in overseas countries in addition to those studying part-time alongside their full-time job are becoming a key element of a university’s course offerings.  There are many new forms of technology that could be used to facilitate this, with each option fulfilling a specific need.  In this respect, it is necessary to research deeply the best option for the needs required, and to ensure that staff embrace this idea as a means of delivering their courses to a wider audience.

Understanding that technology will form part of your future, as well as the present

Several researchers have revealed that with the rise of automation, many jobs will cease to exist in the future.  In this respect, it is very important to ensure that both teachers and students are equipped with a range of skills that not only enable them to learn, but also to re-learn and retrain if necessary to cope with the changing job market.  Indeed, technology is likely to form part of almost all jobs in the future.  The ability to operate a computer and a range of different programmes will be essential to ensure that you can do your job effectively.  While the ability to do research through using libraries and books is still important, the rise of electronic journals and books means that the ability to find the answers we need are often available at the touch of a button.  Knowing the range of resources available, and how to access the information we need will be key to our own future personal growth and the development of the economy more generally.

The challenge for universities

The need to embrace and develop new technology has raised some painful questions and circumstances. For example, whereas access to such a wide array of information was only available to a privileged few, a lot more information is now available freely through the internet to anyone with a computer or a smartphone.  This provides two competing difficulties that are not necessarily easy to resolve.  First, it has led to a new group of education providers entering the market – some of whom can offer courses at a cheaper rate to universities, and thus potentially dent the university’s share of the market.  Second, whereas in the past, universities were responsible for educating what would ordinarily be the younger generation of society, many are now returning to university at an older age to retrain so that they are prepared for the future challenges of the labour market.  Thus, universities have a wider responsibility to society now than ever before, but with seemingly less money.  As the funds from central government are squeezed and the need to adopt new technologies into the learning and teaching environment are pursued, often at great cost, the financial shortfall is acute.  Inevitably these rising costs are often passed onto students in the form of higher fees.  At a time when student debt is rising, it is difficult to see how this can be sustained in the long term.

What are the university’s main strengths?

Despite the challenges faced from the allure and threat of growing technology, the main advantage for a university is that they can provide a combination of digital and human interaction in a way that is not provided by other online educational providers.  In this respect, universities will continue to play a vital role in preparing students for the world of work through training students in public speaking skills, public engagement and independent research.  However, in order to continue being world-leaders, and understanding that the future lies in the way universities cooperate with other partners, both domestically and internationally, embracing technology alongside traditional learning, teaching and research methods will be vital.