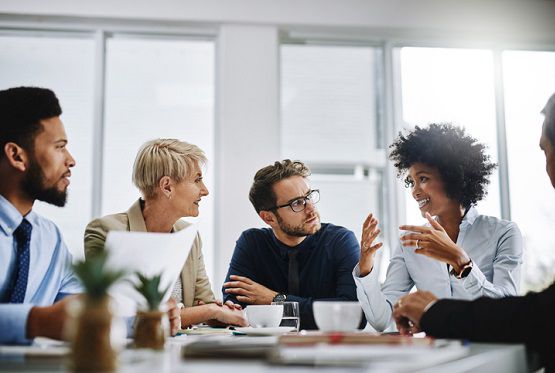 Here’s an experiment – download a copy of the colour spectrum. The first thing you notice is that it’s a continuum. Blue shades gradually and imperceptibly into green; green shades into yellow. Is there any point at which we can clearly see that red becomes orange or purple? Do people in other cultures make the same divisions and use the same terms to identify them?

An on-going debate in linguistics is the concept of cultural differences in ‘colour lexemes’ or ‘colour terms’. There are other languages which have different, and probably fewer, colour words than English. In the Hanunnoo language (according to the linguist, David Crystal) there are just four basic colour terms – black; white; red and green. The English sentence, “My favourite colour is blue”, cannot be exactly translated into Russian – you would have to choose between words meaning ‘dark blue’ or ‘lighter blue’, there being no single Russian word which means ‘blue’.

The way the colour spectrum is divided and labelled is, it seems, arbitrary. The question I want to ask is ‘Can the same be applied to knowledge?’ Are there separate bodies of knowledge or is there a ‘unity of knowledge’ which is arbitrarily divided into subject disciplines that we have come to regard as immutable, within which we build our careers? Is it possible that our accepted disciplines and subject categories are contingent and might just as easily have been otherwise? We might, for example, have developed a discrete subject which is partly sociology, partly economics and a dash of history and biology. Academics would have fought long and hard for their places on the library shelves, to produce its journals and build borders and guard against intruders from other disciplines.

In ‘The Idea of a University’ John Henry Newman declares, of the university, that: ‘… all branches of knowledge are, at least, implicitly, the subject-matter of its teaching; … these branches are not isolated and independent one of another, but form together a whole or a system; that they run into each other, and complete each other…’1

English as a case study

What I hope to show is that the subjects/ disciplines we take for granted are relatively new and have, in most cases had to work hard to gain credibility and status. It’s difficult to imagine, for example, that English and English literature were once regarded as ‘soft options’ with no real content of any value.

Given the generally low status of engineering in universities at the time, University College London was considered very daring when, in the 19th C, it founded a chair in Engineering. Even more ‘daring’ when later that century they pioneered English Literature as an area of study. Before 1880 most teaching of English Literature and English language was for the utilitarian pursuit of functional literacy and was considered suitable work for women teachers. Real ‘men’s’ work, or ‘gentlemen’s work’, was studying the classics in Latin and Greek.

Brian Doyle in ‘English and Englishness’ suggests that, “During this period … the very notion of an academic discipline devoted to the study of English, and especially English literature, would have made little sense within the universities.”2 Little attempt was made to offer detailed comment on content or argument, or to relate any work to its author or historical context. It was a difficult task to make English Literature into an academic subject of scholarly application and critical analysis. Much the same is said of Media Studies, today.

Becher and Trowler in ‘Tribes and Territories’3 examine the ways in which the landscapes, tribal territories and cultures of higher education become established and suggest that much academic work is about building and policing the barriers between disciplines.

Faculty subcultures generally form around disciplines. As these disciplines develop, their work becomes more specialised. Academics will have fewer things in common with those in other disciplines and less impulse and opportunity to interact. Sociologists will know little of physics, but there might be great benefit from exploring the sociological and cultural contexts in which physics developed.

Do ‘traditional’ academic disciplines serve to restrict thought, stifle interdisciplinary development and discourage transdisciplinary approaches to learning? A number of criticisms have been made of disciplinarity, including:

To understand the big problems facing the world, we could argue, a narrow disciplinary approach is inadequate. What is needed is a more connected approach in which we shift our ways of thinking from the parts to the whole. We need, it is frequently suggested, to develop ‘systems thinking’. As Sir Karl Popper stated: “We are not students of some subject matter, but students of problems. And problems may cut right across the borders of any subject matter or discipline”4

Pete Scales, now retired, was a Senior Teaching Fellow at the University of Derby and also delivered PGC HE programmes to teaching colleagues. His book An Introduction to Learning and Teaching in Higher Education: Supporting Fellowship’ was published by Open University Press in 2017. Prior to this he taught in further education for over twenty years and ran teacher education programmes. His book Teaching in the Lifelong Learning Sector (Open University Press) is now in its second edition. He still maintains his lifelong learning website at www.peter-scales.org.uk