Regional Identity and the Modern University 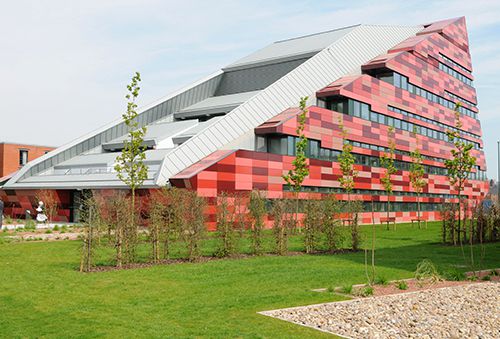 Globalism and internationalism are key terms by which UK universities describe their achievements today. League tables and other assessment measures reinforce these values: for instance, the Research Assessment Framework places the highest value on ‘world-leading’ and ‘internationally excellent’ work, and major industry rankings such as those from the Times Higher, the Times, or The Guardian rank universities and subject areas by their international standing. Localism too is rewarded, albeit in disguised form, via appeals to ‘community engagement’, outreach and even impact. Regionalism, by contrast, sits somewhat unhappily between these two poles, largely invisible other than in sector-specific interactions, but, as I speculate below, with the potential to provide a fresh narrative framework for the sector.

Between international and local

It is perfectly reasonable, of course, for UK universities to strive to excel internationally, to produce highly-educated graduates who are competitive in a globalized workforce, and to generate research that changes the conversation in as wide a possible arena. But league tables can have unintended consequences, one of which, in this context, is a homogenising effect. In the perpetual competition for international standing, a university may lose sight of the particular characteristics that derive from its unique history, geography, surrounding environment, and people. Local environment may appear often enough in recruitment materials (universities may refer to their local thriving nightlife, arts scenes, food and drink festivals, beach and surfing opportunities, sports festivals, and music festivals, among many other attractions), but beyond that, the narrative about broader local engagement remains part of a wider ‘outreach’ agenda that is itself justified by appeals to general, non-place-specific ‘public value’.

Regionalism, by contrast, occupies a less clear position in university narratives, caught between high-profile commitments to internationalism and instrumental commitments to localism, with few universities building key commitments to their regions into their public-facing narratives (a notable exception is Sheffield University, which has made city-driven regional engagement a priority).

Regionalism’s near-invisibility in outward-facing university narratives derives not just from the economic priorities on which HE funding distribution is now determined, but from structural factors. Many UK regions lack cohesiveness given their origins as units of political administration. The Regional Development Agencies that operated for over two decades from the late 1990s onwards sought to reinforce regions as effective instruments of economic development. The RDAs provided a (EU- and UK government-funded) framework in which universities, industry and other institutions could work together to promote sustained regional economic development. Since the abolition of the RDAs in 2010, and their replacement by voluntary, non-government-funded Local Enterprise Partnerships, universities no longer have an embedded structural position nor the financial incentives from which to develop the networks necessary for systemic regional engagement. Regionalism faces further challenges in the context of a potential, Brexit-related lack of access to the further EU structural funding.

But while regionalism may be, at best, a weak presence in outward-facing university narratives, regionalism determines some forms of intra-sector interaction, and itself is an object of ongoing research. In the most recent REF (2014), for example, there were 36 impact case studies nationally concerned with regionalism, from a wide range of disciplines including archaeology, area studies, chemistry, education, geography, history, law, linguistics, literary studies, medicine, and politics and international relations. Examples included the development by Newcastle University of a benchmarking tool to measure HEI regional impact; work at the University of Nottingham  on ‘citizen science’ and regional heritage agendas; and the University of Leicester’s assessment of the regional as well as local and global impacts of the discovery of the remains of King Richard III, among others.

Furthermore, as I have outlined in a previous article, sector-specific regional consortia have become a significant part of the UK HE landscape. PGR consortia such as the AHRC-funded Midlands 3 Cities, Northwest Consortium, London and South-East, White Rose (York, Leeds and Sheffield), Northern Bridge (Newcastle, Durham, Belfast) now manage block-grant funding and provide shared doctoral training, alongside such Centres for Doctoral Training, all of which facilitate partnerships with external local and regional institutions (e.g. in heritage, the arts, industry, education sectors). Other research councils also operate on a similar basis through regional consortia.

While these remain largely sector-specific, ‘closed’ forms of regional interaction, they may provide the basis for any future development of a regional discourse in the sector, particularly in their building of KTP networks among researchers and students across universities, and in their encouragement of the sharing of good practice.

The university as responsible regional actor

While regionalism remains a low-profile public priority for universities in the current climate, it may provide a narrative framework that draws together the agendas of international competition and general public outreach and impact by positioning the university as a responsible, civic actor. Regionalism could allow universities to provide an alternative narrative to that of global competition, or uni-directional knowledge transfer, in which mutuality plays a significant role. At a time when the public value of universities is increasingly under scrutiny, regionalism could provide the missing link between the spilt discourse of the international and the local, building a sense of public good across wide communities.