The new Trade Union Act and the university 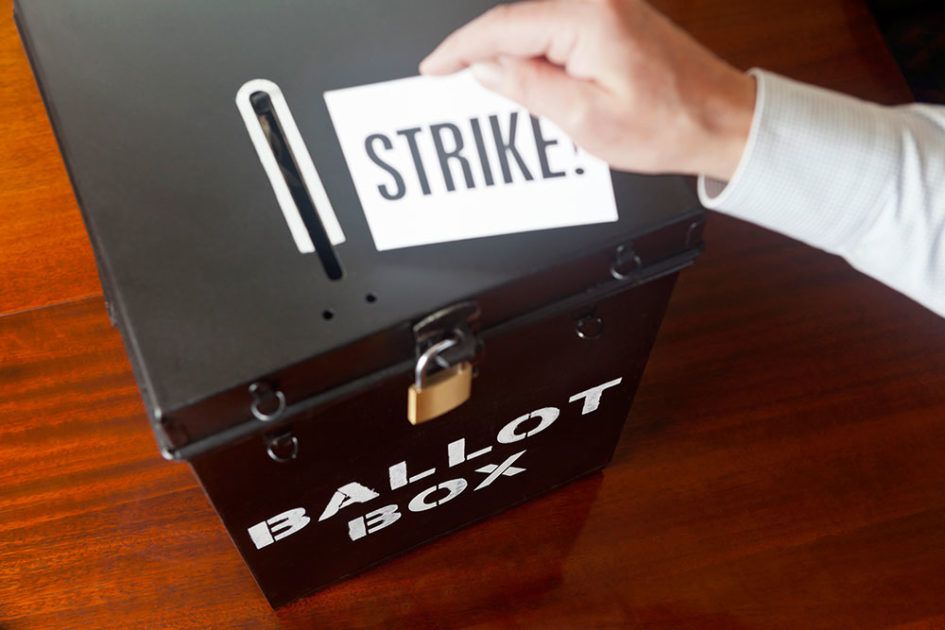 Further changes include the following: employers must be given two weeks’ notice of planned action; there is a six month expiry date for any mandate on industrial action; pickets must be supervised by a designated individual who is clearly identifiable, carries a letter of authorisation, and makes him or herself known to the police beforehand; members now have to opt-in to contribute to a union’s political funds; Certification Officers now have increased powers to ensure compliance with the rules, including imposing financial penalties; unions must now provide members with detailed information about the nature and duration of any proposed action, as well as comprehensive breakdowns of any ballot. So-called ‘important public services’ have had a further condition attached to the turnout threshold: for such services, at least 40% of those eligible to vote must vote in favour of any action. This last condition affects those involved in the education of people aged 17 and under, as is the case in Scottish universities (NB. the devolved parliaments were strongly against the Act, but the Act applies across England, Scotland and Wales).

Some elements of the Act, however, remain unclear. For instance, the government has reserved powers to cut so-called ‘facility time’ (time off from the workplace to carry out a trade union role); the proposal to replace striking workers with agency workers may reappear at a later point; and the government will commission an independent review into electronic balloting, although there is no legal obligation for them to act on the review’s findings.

How might the new legislation affect industrial action in universities? What challenges does this legislation present to management as well as union leaders?

The new threshold requirements will make it much harder for unions to call for industrial action without doing significant consultative work beforehand, alongside considerable campaigning to ensure increased voter turnout. In some cases, this may mean that unofficial action (so-called ‘wildcat’ strikes) takes place at grassroots level, but for the unions themselves, there appears to be no easy solutions. The threshold obligation also casts into question to what extent unions will be able to ballot particular groups within their constituencies – in the past, for instance, UCU has balloted just HE members. The stipulation that action can be taken only by meeting a particular turnout of ‘all eligible members’ may, therefore, lead to problems with targeted balloting.

In effect, the new Act has created a structural dilemma for large unions consisting of merged bodies and containing multiple constituencies (cf. UCU which was formed in 2006 from a merger of the Association of University Teachers and the National Association of Teachers in Higher and Further Education). Put simply, the new Act may put pressure on unions to reduce the diversity of their bases in order to maximise turnout, or in other words, may lead to a re-fragmentation of the national unions along occupational or even regional lines.

One possible consequence of the Act may be the emergence of regional groupings to address common issues. Universities are already operating cooperatively on a regional basis in a number of areas, with the emergence in recent years of a number of consortia in research and teaching. Devolved bargaining to local level has been resisted for some years (pay bargaining is a case in point, as when University of Exeter management unsuccessfully balloted staff[iv] in 2012 to opt out of collective bargaining in favour of a local settlement). However, the provisions of the new Act may mean that unions consider ways in which they might address the need to grow support through regional operations.

The National Union of Students and the local Students Unions were the subject of a consultative Green paper[v] late in 2016, which outlined many of the changes taking place in the current HE regulatory framework (the establishment of OfS, the TEF, etc.). While students unions are, legally, not trade unions, and therefore do not take part in negotiations or industrial action, they are a key component of the university environment. As the national trade unions come to terms with the consequences of the new Act, the view of the NUS and local SUs could well provide valuable insights into ways forward.

Finally, while the Act appears to restrict the bargaining tools of employees in favour of employers, it may also present large-scale employers such as universities with their own longer-term dilemmas about how best to maintain a flourishing workplace in which employees feel valued. The Trades Union Act notwithstanding, university managers need to ensure that lines of communication are kept open and healthy with all employees.