What’s A Degree Worth? Latest Data on Graduate Earnings 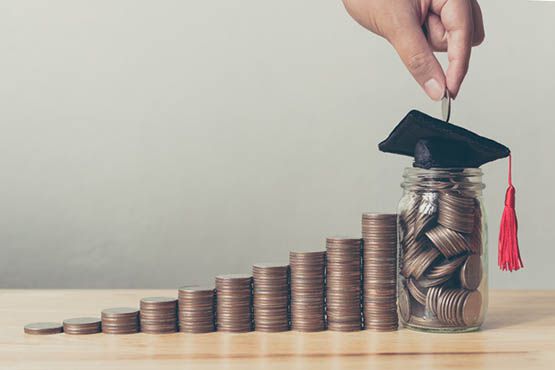 In December, the Institute for Fiscal Studies released their study ‘Absolute Returns’, in which they analysed data relating to graduate and non-graduate earnings aged 29. The research used data from LEO (Longitudinal Educational Outcomes) to estimate absolute earnings from graduates of over 1200 UK university courses. We discuss some of the headline findings of this important data set and assess some of the possible policy implications of the data for university managers.

The prima facie picture is that there is a significant gap in average earnings for both men and women who have a university degree at age 29 compared to their non-graduate peers at the same age. For men the gap is around 25%, while for women the gap is over double that, at over 50%. On average there is a 10K dividend from having a university degree, and women are the chief beneficiaries of this.

The first question to ask is whether university courses account for this significant gap in earning potential between graduates and non-graduates. The IFS notes that the data does not take into account pre-existing circumstances that might give graduates an in-built advantage, such as being from a wealthier family than non-graduate peers, or having high previous attainment. The IFS estimates that the effect of such circumstances is considerable: once such data is stripped out, they estimate that the effect of having a degree for women is almost half of the headline figure, at 28%, while the effect of graduating from university for men is set at 8%.

The gender differential in both sets of figures is striking, but it is important to understand that the data tells us not how men’s earnings compare to women’s, but how non-graduate and graduate earnings compare, for both sexes. This means that headline figure of a 50% advantage accruing to women graduates as opposed to a 25% advantage for men should not be read as meaning that women earn more than men. Instead, the figures relate to earnings differentials between graduate and non-graduate cohorts of the same sex, and not across the sexes. The larger advantage accruing to women, says the IFS, relates to the far lower base-line average earnings of non-graduate women than non-graduate men. In other words, women who do not go to university are more likely to be paid less than their male non-graduate peers, and/or to work part-time.

The IFS takes their adjusted figures a step further, differentiating between the data for those who graduated from HE vs those who attended HE. The adjusted figures for these are: women – 26%; men – 6%. This suggests that the benefit of staying to the end of a course and graduating, as opposed to attending without completion, is in the region of a 2% increase in earnings for both sexes.

The IFS figures are a snapshot of earnings at the age of 29, which, the IFS notes, is a relatively early point in an individual’s career. The IFS further notes that there is strong evidence that the gap between earnings in non-graduate men and men continues to grow quickly after age 30, while the picture for women after age 30 is less clear. Data on lifetime earnings for men and women remains an aspiration for the future: the data in this sense has only partial descriptive power.

On the face of it, subject choice would also appear to be a significant factor in average earnings for men and women who have attended HE, with negative returns for men who study creative arts, English, or philosophy. Earnings do differ across different employment fields, with STEM-subjects leading in earnings tables overall, but the fact that there are no negative returns for women should remind us that the lower base of average earnings for the non-graduate female cohort is a determining factor. In other words, a woman who studied English may earn the same as a man who studied English at the same age, but her earnings will be recorded in the data as a positive gain in comparison with her lower-earning non-graduate female peers. The man earns less in comparison not with women, but with non-graduate men, and even then, the previously discussed factor about ongoing acceleration of earnings after age 30 for men suggests that this may not stay the case over a career lifetime. On the positive side for women, the gap between their earnings and their non-graduate women earnings can rise to 60% in the case of such subjects as economics and medicine.

The data finally suggests that institutional choice is a significant determining factor in predicting average earnings at age 29. The benefit to women is more marked than it is to men of attending certain institutions (again, reflecting the same differential between the sexes in the base-level control groups).

The implications for university managers are several, given the current emphasis in the Department for Education on ‘value for money’ in Higher Education, and the fact that TEF has been talked of as a way of using university performance (measured by graduate outcomes, including earnings) to determine the level of fees universities may be able to charge in an un-capped market. The newly established OfS has been given greater powers than its predecessor HEFCE act as the sector regulator and looks set to play a major role in establishing what looks likely to be a competitive fees market.

University managers may also wish to counter the emphasis on the financial benefits of education by producing robust counter-narratives about other forms of value (social, civic, emotional, public) that are widely beneficial to both individual and society, and that an emphasis on earnings does not capture, and that may derive from studying degrees and/or subjects with lower earnings premiums (for instance, degrees that lead to creative, social care, or third sector employment). Universities may also wish to urge caution about using the data to make assumptions about career or lifetime earnings.  The Department for Education has itself not stated how it will use the data, and the IFS is also careful to present its data neutrally, and to remind its users that the benefits of university include ‘improved health, more pleasant work environment, reduced crime, increased civic participation.’ It therefore remains open to university managers to use the data as part – but not all – of a picture of how universities can bring a lifetime of benefits, both quantifiable and unquantifiable, to their users.